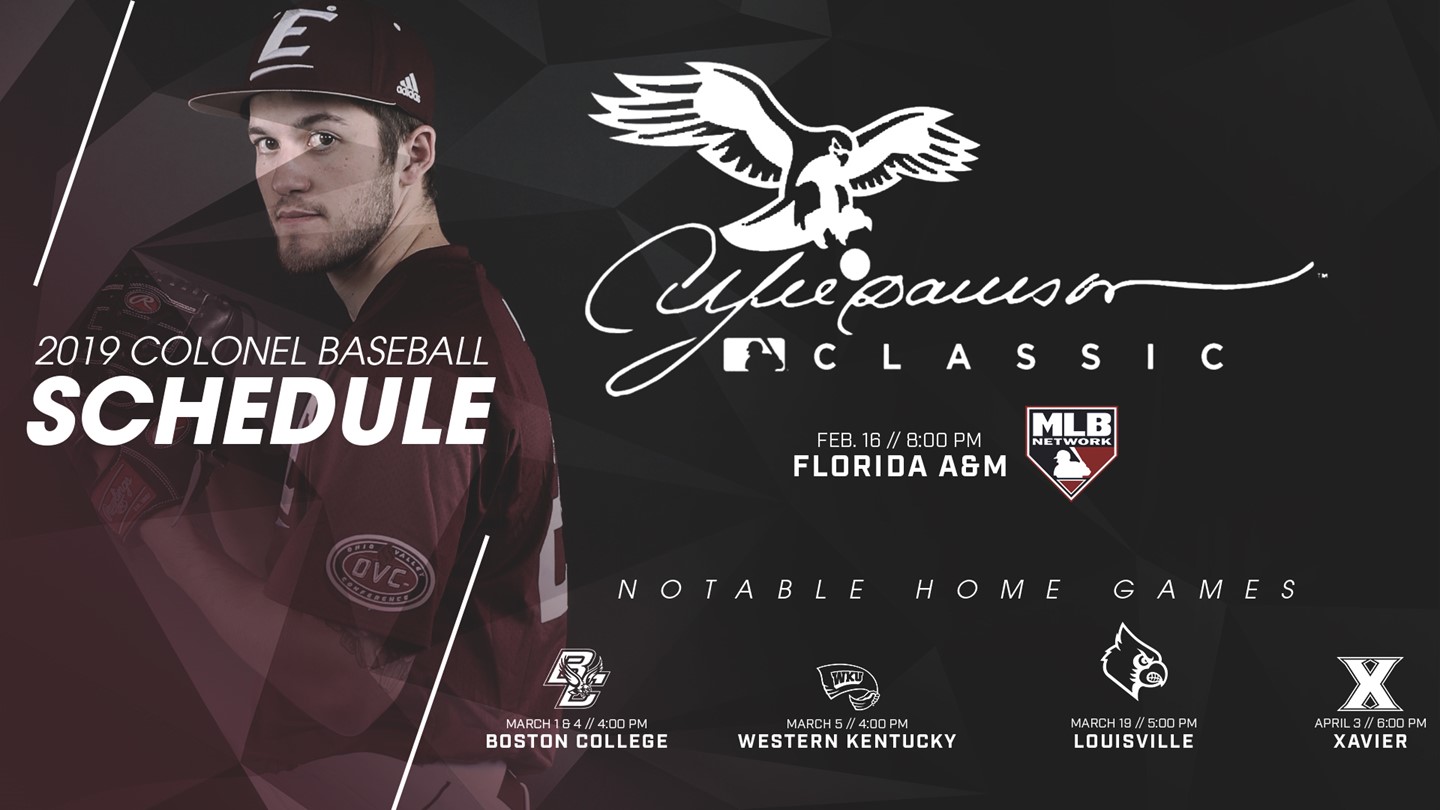 EKU’s game against Florida A&M on Feb. 16 will air live on the MLB Network and MLB.com at 8 p.m. ET.

The Andre Dawson Classic will be held Feb. 15-17 in New Orleans. The event was designed to highlight baseball programs at Historically Black Colleges and Universities (HBCUs). EKU’s game against Florida A&M on Feb. 16 will air live on the MLB Network and MLB.com at 8 p.m. ET.

This is the 12th year the event has been held. Last year’s field of eight teams included six HBCU squads. This year’s line-up features seven HBCU teams, the most in the event’s history.

The event is named for the Chicago Cubs and Montreal Expos legend who is one of only two HBCU alumni enshrined in the Baseball Hall of Fame. The Andre Dawson Classic will be hosted primarily at the New Orleans MLB Youth Academy, with games also being played at Maestri Field, the home of the University of New Orleans baseball team.

The Colonels will begin the event by facing Grambling on Feb. 15 at 5 p.m. ET. After the televised game on Feb. 16, Eastern Kentucky will wrap up play on Feb. 17 against Prairie View A&M at 12 p.m. ET. Other participating teams include Alcorn State, Alabama State, Arkansas Pine Bluff and Southern.

EKU will play eight games against three NCAA regional teams from last year. Four of those games will be at Eastern’s Earle Combs Stadium.

Baseball season tickets start as low as $40, $30 for EKU faculty and staff. With the flexible ticket package, fans will receive 30 general admission tickets that can be used to attend home games of your choice. This plan allows you the flexibility to choose which baseball games you want to attend and the number of tickets used for each game. Your tickets will remain valid throughout the 2019 regular season. Reserved seating is available also. Call the ticket office at 844-3-GOBIGE for more information.

“I think our 2019 schedule will be challenging,” said Thompson. “We’re really looking forward to taking part in the Major League Baseball Andre Dawson Classic to open up our season in New Orleans. We are also looking forward to the amount of home games we have against teams like Louisville, Boston College, Western, Xavier, along with our OVC opponents. Players come to Eastern Kentucky to play a great schedule and to be challenged. I think this will hit all of our marks we need to do and looking forward to competing in the 2019 season.”
Eastern will return to Kentucky after its trip to Louisiana and travel to Louisville to take on the Cardinals in a mid-week game on Feb. 20. UofL played in the Lubbock Regional last year and won 43 games.

The Colonels will return home and play 14 of their next 15 games at Earle Combs Stadium. The only road game during that span is a short trip to face Kentucky on Feb. 26. EKU will welcome in Boston College and the University of Evansville for two games against each on March 1-3.

In a pair of mid-week contests, the Colonels will return home to play Louisville on March 19 and Miami (Ohio) on March 20.

Eastern will begin April when the team welcomes Xavier to Richmond for a mid-week contest on April 3.

A week later EKU will travel north to take on in-state rival Northern Kentucky on April 10.

A mid-week game on April 24 with Cincinnati begins a stretch of five games in seven days all on the road. After their game against the Bearcats, the Colonels will travel to the western part of the state to take on conference rival Murray State for three games. They will finish their five-game road stretch when they play Northern Kentucky at Whitaker Bank Ballpark in Lexington on April 30.

The month of May begins with the Colonels welcoming regular season OVC Champion Tennessee Tech to Richmond for a three-game series. Tennessee Tech was one win away from advancing to the College World Series a year ago.

Other OVC series at home include Tennessee-Martin (March 22-24), Austin Peay (April 5-7) and Jacksonville State (April 18-20). Eastern Kentucky will finish up the regular season against Belmont for a three-game series May 16-18 at Earle Combs Stadium.

The OVC Championship is scheduled to begin on May 21 in Marion, Illinois, and the NCAA Tournament will start on May 30. 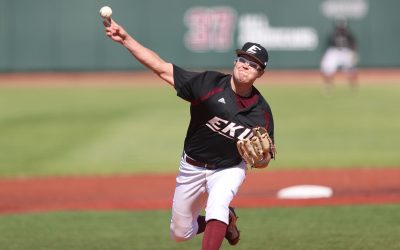 Colonels will make their second trip to Knoxville to take on the Vols on Tuesday RICHMOND, Ky. – Eastern Kentucky won the first game of an Ohio Valley Conference doubleheader against Austin Peay on Saturday, and had a 1-0 lead in the ninth inning of game two, but...

Despite the COVID-19 changes, this decision does not include football at this time due to existing contractual matters. BRENTWOOD, Tenn. – The Ohio Valley Conference Board of Presidents has reiterated its intention for the Conference to commence competition this fall... 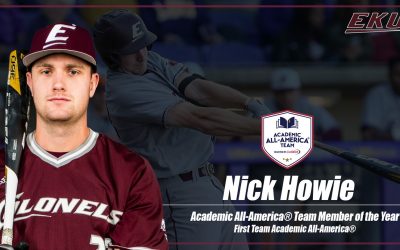 Nick Howie Chosen As Academic All-America Of The Year