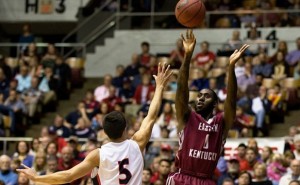 BRENTWOOD, Tenn. – The Ohio Valley Conference announced its slate of Conference games across ESPN platforms for the 2014-15 season on Wednesday.

The OVC Tournament championship game will air on ESPN2 at 6:00 p.m. CT on Saturday, March 7. The tournament will be held at Municipal Auditorium in Nashville, Tennessee.

The package is part of a five-year agreement with ESPN that runs through the completion of the 2017-18 season and also includes a minimum of eight football games to be carried on ESPN3 annually as well as the ability for the OVC to receive additional national exposure.